I am very happy to be involved in the production of In His Hands in 2016. Composed in 1984, the work has gathered dust for 30 years. It wasn't until our technical director Scott Barker approached me with the idea of performing this monumental project again that I considered bringing it back into the light.  The musical is a 'resurrection' in itself but needing much revision. I've been busily converting old media to new, and hand written scores into readable format for the chorus. Some songs are being re-written and one song was just added for a new character that did not get into the script 30 years ago.

Thirty years ago I was the mother of a 3 year old with one on the way, working full time as a High School choral teacher, commuting to work every day for an hour and a half. I would write songs continuously en route to work, whenever I had a spare minute and even on vacation in Hawaii at my Mom and Dad's house on an out of tune piano. Believe it or not, I was composing the songs and handing them to the director at each rehearsal, hot off the press. All hand written! I never got around to creating a master conductor score and someday I will write an overture.

Partnering with a large church in Seattle we filled the seats at Lincoln High School over two weekends. The Seattle Times religion reporter created a full page article to help us spot light the event.

Many of those who were involved in this show, were in some way blessed. It was a profound experience.  Careers were launched, and futures changed. The Spirit moved through every step of the way.

My hope is that this production will resonate with Christians and non-Christians and that the story will create inquiry, discussion and most of all, hope. 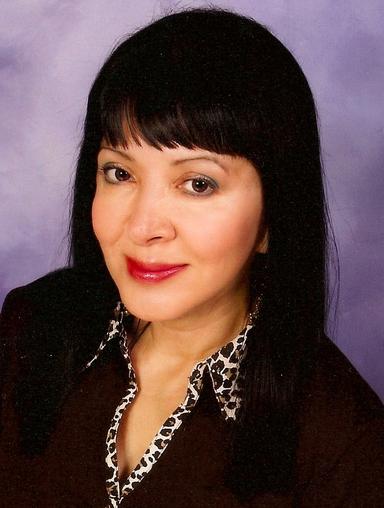 Susan Olmos has been a resident of Seattle since 1978 at which time she transferred from the University of Hawaii  to continue her studies at the University of Washington.  Susan’s journey began as an Art major with the intention of teaching and creating Art as a career.  Her interest and talents were in water color and oil painting portraits.

Always performing and composing since the age of 14,  Susan changed her major to music in 1974, pursuing a degree in music composition. After moving to Seattle Susan’s goals detoured on the path to music education.  She received her Masters degree in 1995 and has been a music educator for 33 years having begun her teaching career in the Federal Way School District and moving to the private school sector in 1986.  Currently, Susan teaches Pre-K -8th grade music classes at Holy Rosary Edmonds School.

Concurrently with her university studies Susan began directing church music at the age of 18.  Susan has directed handbell choirs, youth choirs, praise bands, adult choirs and orchestras for 42 years.  Currently, she is the Director of Music at Holy Rosary Church Edmonds.

Says Susan: "I am grateful to Fr. Ken Haydock who believed that this work could be accomplished. It is my hope that all who hear it will be blessed in some way and that this adaptation, God willing, will go beyond the borders of Washington and perhaps to the silver screen."